(No reviews yet) Write a Review

Elite Core’s CSM2 Custom Shop mic cables are hand-built by skilled technicians in our facility in Conway, Arkansas, USA. Only the finest available materials and most effective techniques are used. Every detail - the cable construction, the connector choice, the solder, the flux, the shrink tube, the testing, and the packaging, are each carefully chosen to create the finest stage and touring microphone cable available. 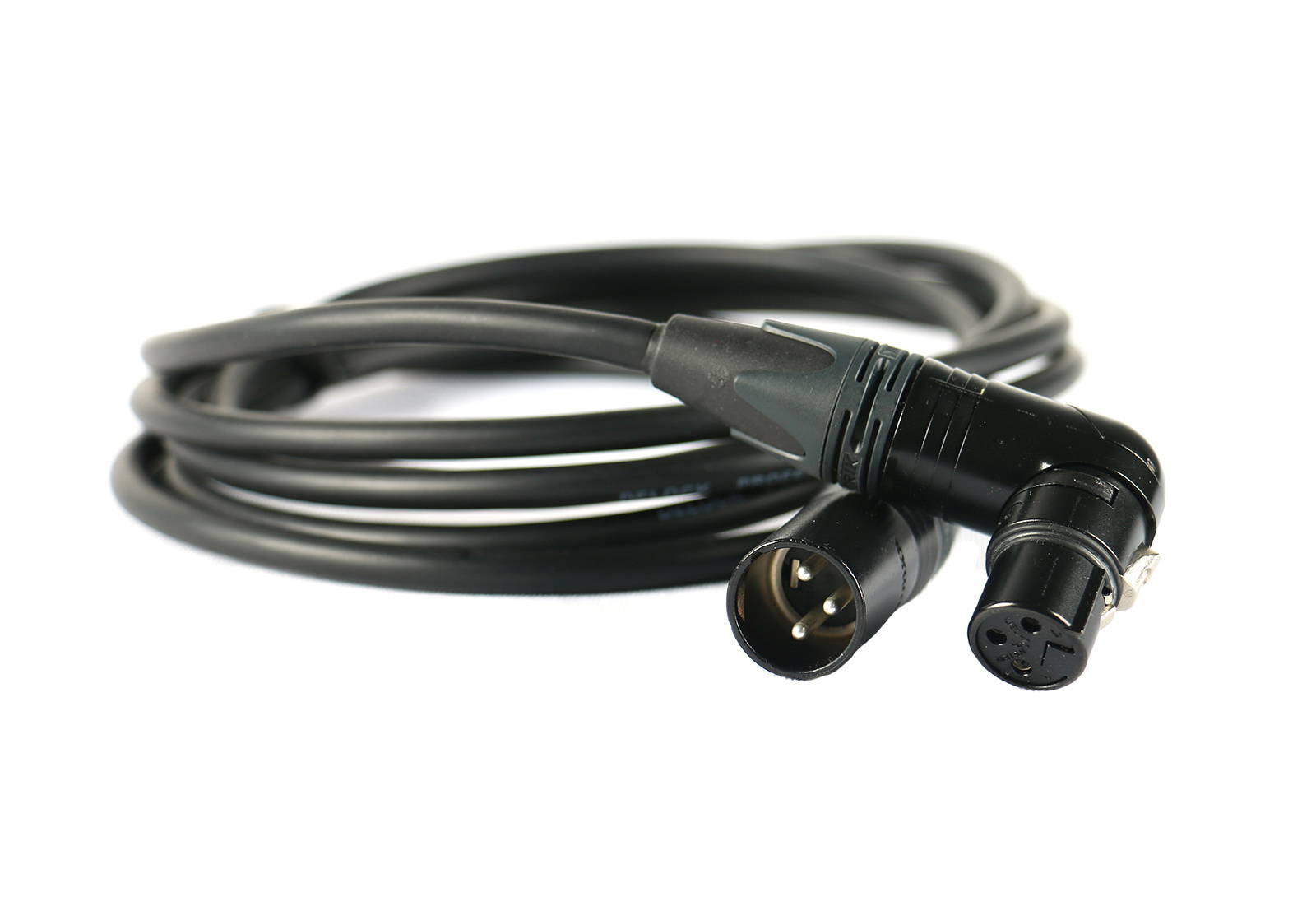 CSM2 cables are hand terminated on our Custom Shop with Genuine Neutrik XX series connectors.  Our standard is the black connectors with silver contacts.  The XX series is the next generation of the worldwide accepted standard of XLR cable connectors. The successor of the X series offers several new features which make it more reliable, easier to assemble and improves contact integrity as well cable strain relief.

The two primary stranded inner conductors each have 20 strands of 0.12 bare copper. While many cable companies will lower cost by using inferior materials here (like aluminum with a copper coating), Elite Core CSM is pure, from the inside out. And you can hear the difference.

The insulator that was chosen to separate the two inner conductor cores is Polyethylene, or PE.  This insulator is a part of a class of polymers known as polyolefins.  We chose PE over the less expensive old-fashioned PVC because it has the lowest dielectric loss and highest initial dielectric strength of all thermoplastic insulators.  PVC would have been cheaper.  We weren’t trying to build the world’s cheapest cable, we set out to build the best.  XLPE, while it is more resistant to high heat, has more dielectric loss than PE.  With careful attention to our selection of soldering equipment and the temperature and methods used to solder, the PE was the obvious choice because of its extremely low dielectric loss characteristic.  The PE is firm, strips well, and maintains a constant diameter with ease.  We selected a red and a white color for the two insulators.

The magic of the CSM2 cable is found on the outside of the red and black inner cores.  It’s a refined thin layer of conductive PE.  Yes, that’s right, it’s a layer of thermoplastic polyethylene that has been precisely blended with carbon fiber to create a conductive layer that is perfectly snug around the red and white inner cores.  This layer is key to the CSM2 cable.  These days, there is an extreme amount wireless noise (from wireless mics, IEM transmitters, wireless DMX devices), electromagnetic noise (from power cables, lighting ballasts and moving light motors), and just plain abuse (from people and casters!) in the world of entertainment sound, lighting and video.  The CSM2 cable provides an extra layer of shielding with the conductive PE.  This layer serves three purposes.  When selecting your cable, it’s important to consider whether these three issues are some that you deal with. 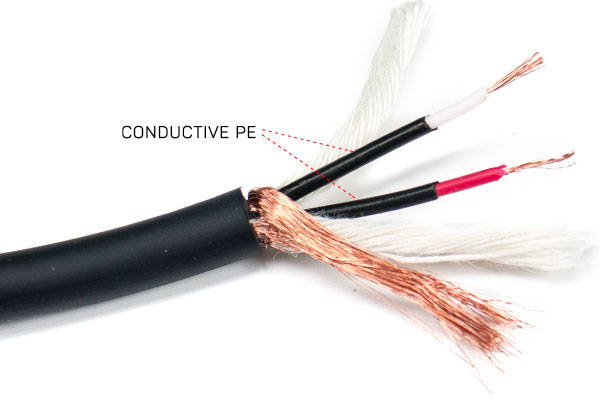 (1)  Immunity from outside EMI and RF interference.  Since the PE is conductive, it provides an additional layer of shielding from RF and EMI noise that is being emitted from many sources on all stages.  If your stage has wireless sources or electricity, this is critical.

(2)  Containment of any EMI transmission that your signal may emit.  The days of microphone cables only carrying natural voices or analog instruments are long since over and gone.  Today’s production stages are full of tracks, clicks, loops, and many other loud and potentially troublesome signals.  It’s important to keep those signals to themselves.  The conductive PE on our CSM2 cable does just that. If you’re anything but an all-natural bluegrass band, this is critical.

(3)  Discharge of piezoelectric static and noise.  When a mic cable gets knocked around by an active vocalist, or stepped on by an active stage hand, something troubling happens.  There is a triboelectric effect that occurs when the insulators are pressed and misshaped, that causes a slapping, or thumping noise.  This causes a piezoelectric discharge that ultimately functions as a crude transducer. Granted, the signal level is very low and the resulting noise is very minute, but this noise can still cause problems because it is intensely amplified once it reaches the preamp in the mixer.  The layer of conductive PE we have added serves to drain off this static and eliminate the potential of handling noise.  The net result is a dead quiet cable.   If you have humans using your mics and cables, this is critical for your application.

The Conductive PE layer is black.  When initially stripping back the cable, it appears that both conductors are black.  The red and white PE insulators are under the black layer of conductive PE.  Please note that since it’s conductive, it must be stripped back a bit prior to soldering.  Finally, it’s important to note that while PVC is cheaper than PE, we chose PE because it is the best choice.  There are plenty of cheap cables on the market.  We wanted to build the best.

To create the soft, pleasing feel of the CSM2 cable, we chose a natural cotton filler to round out the interior of the cable.  It feels right, coils the way you want it to, and is pleasant to handle. 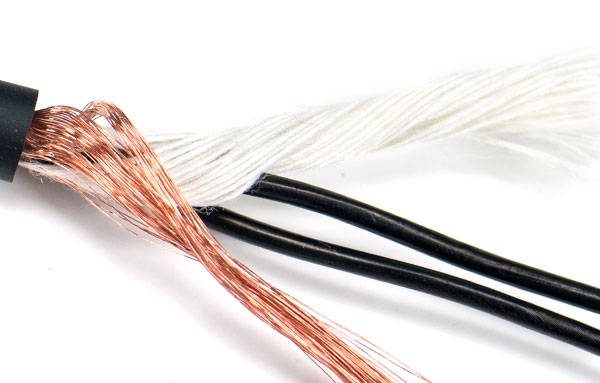 The primary helical shield is provided by 80 strands of 0.1 the highest quality bare copper.  It’s soft, flexible, and effective in shielding from EMI and RF noise.  With the combination of this quality spiraled shield plus the two conductive PE coatings on the inner conductors, the CSM2 is the perfect cable for today’s active and noisy stages.  The sounds and signals you want to stay inside are contained, and the noise and interference that you want to keep out is reflected away from your precious audio.

The outer jacket of the CSM2 cable is opaque black PVC with an outside diameter of 6.5mm.   PVC is the perfect material for this application because it holds its shape well and has great abrasion resistance.  It’s easy to clean and comfortable to coil.

The technicians in the Elite Core Custom Shop have spent many years refining their techniques for consistent, stable, and reliable soldering. The finest solders and flux from Kester are exclusively used. Only the highest quality Weller soldering stations are employed.   The finest 2:1 polyolefin shrink tube is used to protect the solder connections and finish out the cable. Once it’s finally assembled, each cable is hand-tested, then over/under coiled and finished off with a Bongo-Tie before being sealed into a plain clear poly bag for safe travel. 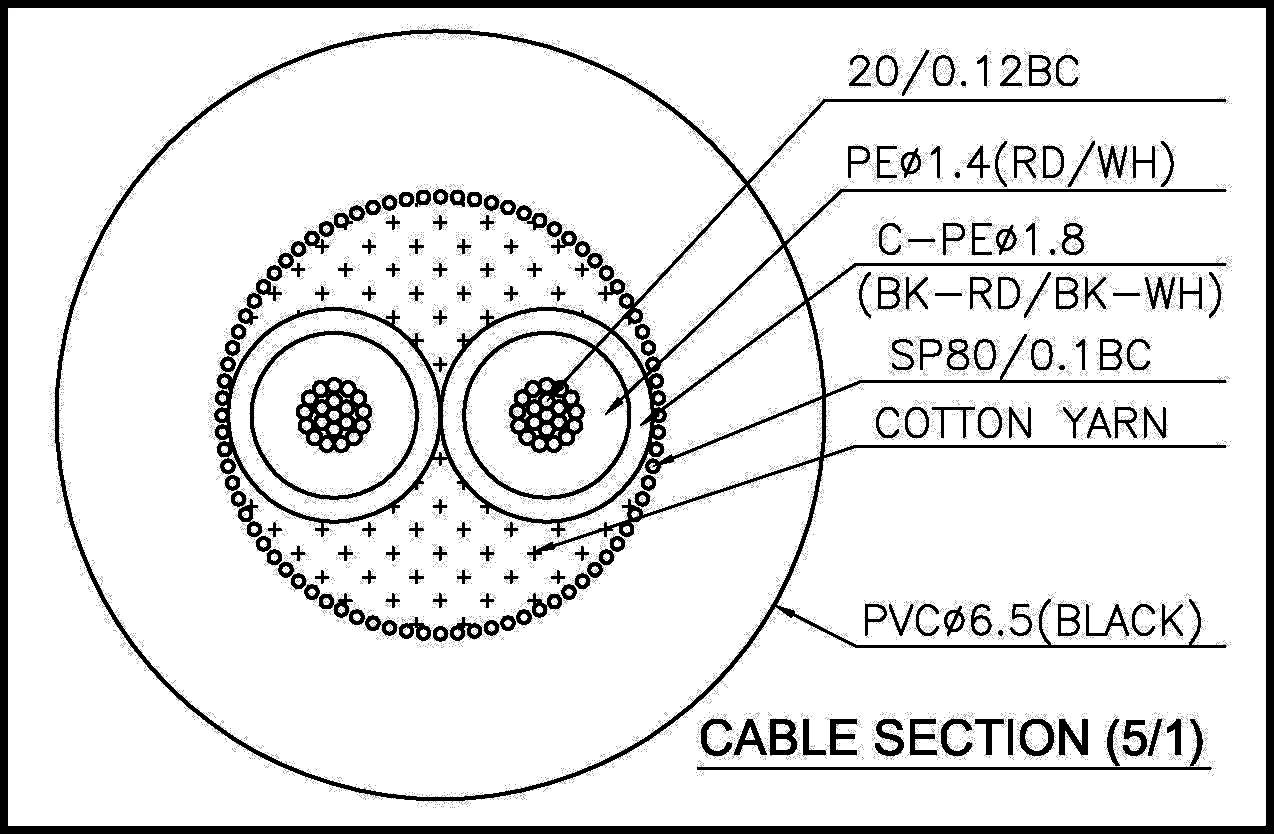 The product is customizable
MSRP:
Was:
Now: $13.60 - $57.99
Elite Core Rack Panels are available in a wide variety of configurations. Some of our 2U panels include a punch-out for a True1 combo connector (NAC3PX or NAC3PX-TOP) as well as Tie-Down Shelf...
Choose Options

This product assembled in the USA

This product assembled in the USA
MSRP: $51.99
Was:
Now: $24.99 - $229.99
Elite Core CSD3 Elite Core&rsquo;s CSD Custom Shop digital cables are hand-built by skilled technicians in our facility in Conway, Arkansas, USA. Only the...
Choose Options

This product assembled in the USA
MSRP: $33.99
Was:
Now: $21.99 - $599.99
Elite Core HD-SDIF The Elite Core HD-SDIF is handcrafted at our headquarters in Conway, Arkansas. The HD-SDIF cable is made to fill the need for a flexible coax...
Choose Options

This product assembled in the USA
MSRP: $61.99
Was:
Now: $41.49 - $323.99
Elite Core CSD5 Elite Core&rsquo;s CSD Custom Shop digital cables are hand-built by skilled technicians in our facility in Conway, Arkansas, USA. Only the...
Choose Options

This product assembled in the USA
MSRP: $50.99
Was:
Now: $23.99 - $264.99
Elite Core CSA Elite Core CSA Cables are made of high quality components at our headquarters in Conway, Arkansas by skilled technicians. Only the finest available materials and most...
Choose Options
×
×